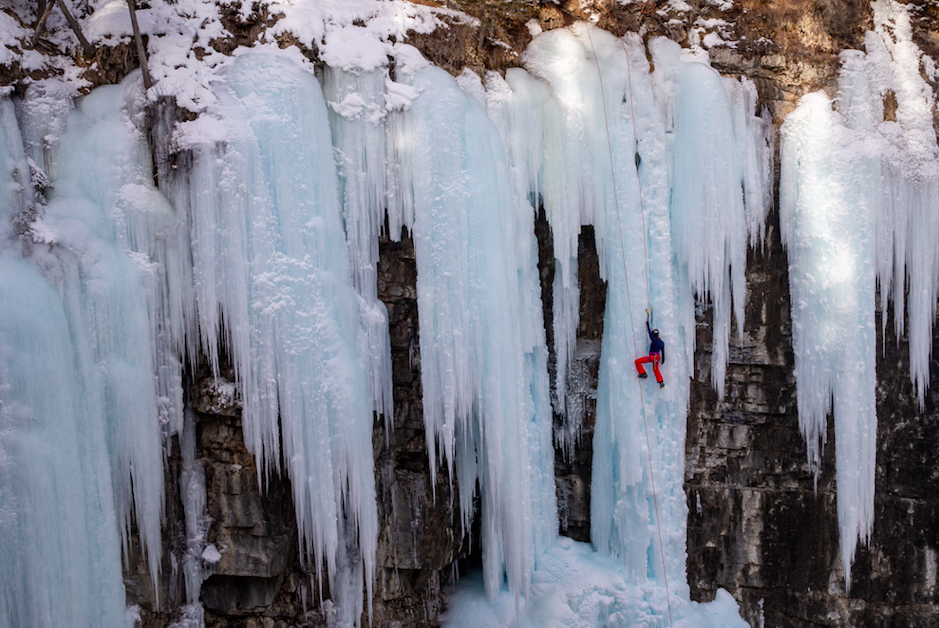 Parks are not just for summer or good weather uses, there is this special park (close to my family’s home) in Ouray, Colorado.  The Ouray Ice Park is a human made ice climbing venue operated in a spectacular natural gorge on the Uncompahgre River.  The Ouray Ice Park currently has over one mile of vertical terrain and over 200 ice and mixed climbs stretching along the Uncompahgre Gorge.

It was Bill Whitt and Gary Wild who back in the early days (1990’s) of ice farming in the Uncompahgre Gorge, when there was a lot of trial and error in the design. “Nobody had done anything like this before”

Each winter, Ouray hosts the Ice Festival to celebrate the Park and raise funds for its operation. Despite the high cost of its maintenance, the Park remains free and open for public use.  In over 20 years of operation, it has become one of the premier ice climbing venues in the world.  Last year there were fifteen thousand visitors and this year they are expecting more visitors, climbers and spectators.

We did not climb while visiting this park, but it’s a great place to hang out and watch the climbers, it is truly a dramatic scene, and one that you can enjoy from both above and below the falls.
​
http://ourayicepark.com/

Get Our Latest News